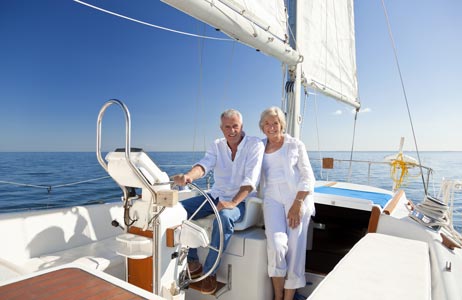 Protecting and Growing Assets for Retirement

Bob and Susan are in their 50’s and contemplating retirement. Bob is a senior executive with a large company and he has amassed a significant amount of stock options which will provide for the core of their retirement savings. The sale of his options nets $2.5 million after taxes and now Bob & Susan are faced with how best to protect and grow the $2.5 million.

Bob had many reservations. He was reluctant to invest in the stock market. His 401k investments had bounced around for more than a decade, with virtually no growth, other than the monies he had contributed. Yet, he also knows that inflation will hurt bonds and eat away at his $2.5 million nest egg. Cash is not really an option, as they will earn no interest and potentially force them to spend principle and risk running out of money.

Bob turned to his trusted CPA for advice. The CPA refers him to LionsBridge Wealth Management, with the assurance that he will stay involved in monitoring LionsBridge’s recommendations.

We met with Bob and Susan, several times, and listened to their concerns and developed an awareness of what they wanted to achieve. We developed some ideas on how to accommodate their concerns and discussed a variety of investment options. We also demonstrated the importance of a strategic asset allocation that provided not only potential for capital appreciation and income, but also offered them some peace of mind to be able to enjoy their retirement and not get caught up in daily dips and bounces.

We assessed each of their concerns and recommend a strategy for each:

As a result, Bob and Susan are actively involved in the process and have taken positive action in investing their $2.5 million. Together with their trusted CPA, and LionsBridge, they are positioned to meet their investment objectives of protecting and growing the portfolio. Their retirement monies are strategically invested for the future.